During the early days of video gaming, one game stood out from the rest. Command & Conquer brought a lot of strategies and fast-paced action that is set in a modern yet timeless period.

It is one of the most popular, most critically-acclaimed, and real-time strategy games (RTS) of all time. Command & Conquer is a video game franchise from developer Westwood Studios.

It is one of the first RTS games in the genre apart from the successful Dune II which was previously released by the same studio. It is also one of the first few games that included cutscenes and story progression.

At the start of every Command & Conquer match, no matter which iteration of the game you are playing nor which faction, players start with their Mobile Command Unit (MCU).

The MCU starts in its undeployed form and must be deployed before players are able to construct any buildings.

The first order of business is usually to construct a Refinery. When completed, it comes with one gatherer unit, whose name and look depends on the faction that is played.

The gatherer will automatically move to the nearest resource deposit and begin to collect resources, which it will then bring back to the refinery to be added to the player’s currency bar.

While each player generally starts with enough currency to construct a few buildings and deploy some units, they will need to earn more to be able to deploy the more advanced structures and units.

At base level, Command & Conquer is a game of gathering resources, erecting constructions, deploying units, and eradicating the enemy. The game follows the classic rock-paper-scissors structure.

Each faction has a strength and weakness against every other faction. Every Command & Conquer game, from Tiberium War to Red Alert to Zero Hour, has multiple campaigns.

Every campaign involves each of the factions present in the game. These campaigns play out differently and consist of a sequence of missions with different objectives and twists.

Multiplayer Mode is also a part of what made many Command & Conquer games so successful and well-loved by players.

Players would often gather in groups to have LAN parties in which they would all play against one another using their favorite faction from the series they were playing.

Each game also had plenty of maps to choose from in the Skirmish mode, giving you endless playing options.

These skirmishes all presented their own unique challenges and accommodated any number of players, from 2 to 6 and beyond.

All Command & Conquer games include the ability for players to play with others in a multiplayer mode. In the early years, players would be able to play online with friends.

The studio provided 2 CDs so that you can share one with a friend and play online.

LAN play was also available for multiplayer mode and was one of the best sources of video game entertainment during the time.

Command & Conquer birthed many different titles. While each adhered to the same mechanics established in the first game, unique gameplay elements were added to make them fresh and exciting.

The Allies and the Soviets used the basic MCU model of construction in which you could only build inside your MCU’s build radius, which could be expanded.

However, the Empire of the Rising Sun was unique in that its MCU created Nanocores, which were vehicles that could be moved to any location on the map and deployed to become buildings.

Introduction Of The Scrin

In Tiberium War, players were no longer restricted to playing as humans thanks to the introduction of the Scrin.

The Scrin were an alien race that sought to eradicate humans, though not just for the sake of eradication. The Scrin are dependent on a substance that is abundant on Earth during Tiberium War.

If they do not receive a sufficient supply, they will die. Generals and Zero Hour were two Command & Conquer titles that took place closer to the present day.

They involved the three factions of the USA, GLA, and China. They were some of the more criticized titles due to their poor visuals and icons, but they still grew a cult following.

The Tiberian series’ initial offer was Tiberian Sun which follows the faction of The Brotherhood of Nod and the Global Defense Initiative.

This series was the sci-fi version of Command & Conquer and heavily featured futuristic alternative technology and units set in an apocalyptic background.

In Tiberium Wars, the game is set 17 years after the first game and has a new faction in the Scrin, offering plenty of new and exciting scenes to explore.

An expansion and another sequel was later made but did not follow through with the usual RTS resource gathering mechanic.

Set in an alternative universe in the 1950s, the game reimagines the Soviets and the Allies as rivals. A sequel was released in October 2000 called Red Alert 2.

It featured the Soviet invasion of North America. Its expansion, Yuri’s Revenge garnered an 85% score and became one of the most well-received expansions of all time.

The game still features futuristic elements that echo that of the Tiberium War series. Facing defeat, the Soviet leadership goes back in time to kill Albert Einstein.

They must prevent him from assisting the Allies, paving the way for Soviet domination. However, the Empire of the Rising Sun is created as a consequence, and the three factions go to war.

The reviews were mostly positive, with many citing the multiplayer and cooperative components as strengths, and the improved role of naval combat in comparison to other RTS games.

An unstable netcode and poor unit pathfinding were the only real weaknesses that reviewers mentioned. Command & Conquer will forever be known for popularizing and revolutionizing the RTS genre.

With its futuristic settings, interesting units, and unique factions, it introduced mechanics, themes, and storylines that other games of its time, like Empire Earth and Age of Empires, had not dared of yet.

The sheer volume of games that the franchise has released is also something to be praised. There are over a dozen Command & Conquer games out there today.

Each with interesting stories, mechanics, and gameplay elements that aim to change up the series and improve upon the previous installment.

While some entries were not as well-received as others, like Generals and Zero Hour, they still deserve recognition for innovation. They put an interesting twist on modern conflicts that are still present.

Zero Hour even introduced three different Generals to play as for each faction.

When it came to China, players were able to play as Gen. Ta Hun Kwai, whose specialty was heavily armored Chinese tanks.

Players that chose the GLA could play as Dr. Thrax, who prefers to poison his enemies with potent toxins.

You could also choose Prince Kassad, who specializes in taking the enemies by surprise with Stealth units. Rodall “Demo” Juhziz, who prefers to demolish his enemies with the power of explosives.

The addition of new factions, new mechanics, new stories, new units, and new structures made each and every Command & Conquer game unique and fun in its own right.

There was always a reason to pick up the next entry in a series since there would always be something new to discover, explore, and try to conquer.

The C & C franchise continued to become a massive success and birthed more legitimate games within the RTS genre. Westwood Studios and EA became a powerhouse gaming company because of it.

Its long history in the video game industry earned the franchise many awards including six world records in the Guinness World Records and the Biggest Selling RTS series among many others. 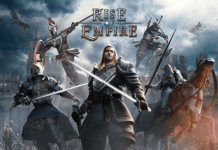 Rise of Empires – See How to Get Gems 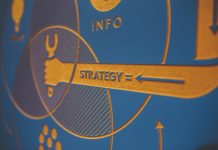 The 4 Hardest Strategy Games To Beat 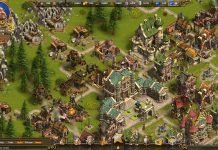