God of War is one of the most popular adventure games ever made, with the first edition in the series released in 2005. It has been a beloved franchise by many, and the latest release, which came out in 2018, proved to be a great success.

If you’ve never played God of War before, then you’ve come to the right place.

We’re going to give you a rundown of everything you need to know about this action-adventure game, where you can get your hands on it, and more. Read on for more.

God of War – A Breakdown

If you’ve played the previous God of War games, then you know that this franchise owed its success to being violent and debaucherous, rather than emotional and deliberate. The game was one of killing, drinking, and performing other hedonistic acts while slaying the Greek Gods.

The latest installment in the God of War franchise changes the tone entirely – the storytelling becomes more thoughtful, and the adventure is a little slower, but we still continue where the previous game left off. In this game, Kratos is a father to his son, Atreus.

The two of them live in a modest cabin in the north, the Norse realm of Midgard. Things still get tragic for Kratos, though, albeit on a more domestic level. Atreus’ mother – Kratos’ second wife – has just died and has been cremated.

Kratos made a promise to his wife, her final wish: she wanted her ashes to be carried to the highest peak in the realm. That’s where the game begins, and that is what Kratos’ first quest is. However, the game is nowhere near as linear as the previous installments in the franchise.

The game opens itself up and gives the player the freedom to choose which quests to embark on, and when. They can explore the realm of Midgard as they see fit. While Kratos’ wife’s ashes are important, he does not have to bring them to the peak right away.

There are plenty of activities for you to complete the newest God of War. So many, in fact, that things might become overwhelming. We’re going to give you a few essential tips that will help improve your gameplay tenfold.

This is a God of War game, after all. Hacksilver is the currency used in this game, and it gets you anything from upgrades to new gear to crafting components. You are going to find plenty of it around the game, in chests, but you can always collect it the old fashioned way.

Boxes, vases, crates, and other breakables can be smashed and might reward you with a few coins. Also, look out for hanging buckets – they might not give you much, but they can sometimes be the difference between getting new gear and not.

Upgrade the Armor that You’re Wearing

It’s easy to accidentally look at an amazing upgrade and purchase it without thinking twice, only to realize you’ve just spent money on an upgrade for an item you don’t have. Always lookout for the big ‘E’ symbol next to the gear you’re looking to upgrade – it means you have it equipped.

Do the Side Quests

If you want to level up as quickly as possible, then you’ll want to be doing as many side quests as you can. You’ll level up at a decent pace if you just follow the story, but the side quests can give you much more Experience, and they also provide more lore and insight into the game.

God of War is a PlayStation 4 exclusive game, meaning that if you’re a PC or Xbox gamer, you’re not going to be able to get your hands on it. Not legally, anyway. It’s unfortunate, we know.

For PS4 players, simply make your way to the Store, search for ‘God of War’ in the search bar, and download it. Alternatively, you could follow this link to go directly to the God of War page.

We hope that this article has inspired you to pick up a copy of this incredible adventure game. If you weren’t a fan of the previous God of War games, but do like an open-world adventure, then you should definitely consider this game.

With the tips above, you will definitely be able to get into it and enjoy many hours of gameplay. 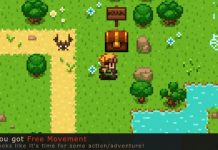 Discover How to Get Gold in Evoland 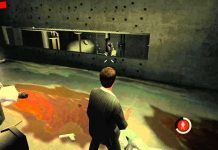 How To Play The Scarface Video Game