Konami Holdings Corporation is an entertainment conglomerate from Japan that works as a video game developer and publisher company as well as a product distributor. The company was founded in 1969 and has its headquarters located in Tokyo Japan. Overall these years, the company has developed hundreds of gaming titles that have huge fan bases from around the world.

The Konami Code is the most famous cheat code of all time and it doesn’t end there. It has become a part of pop culture by making its appearance in more than 100 video games.

The code was first created by a Japanese developer who was working on porting the arcade game Gradius. However, to check the game for any bugs, he had to play the entire game and as Gradius was a difficult game, the developer was unable to do so easily. Therefore, he had to come up with the Konami Code which enabled him to get access to more powerful weapons in the game.

How To Use The Konami Code

The code can be activated by pushing a sequence of buttons in a specified manner which is: Up, Up, Down, Down, Left, Right, Left, Right, B, A. By pressing these 10 keys correctly, the Konami Code could be activated in a wide variety of games developed by Konami.

How The Konami Code Reached The Gamers

When Gradius was presented to the general public, the Konami Code was also a part of it. It still remains undisclosed whether this was intentional or by mistake. However, the Konami Code became so popular that Nintendo Entertainment System decided to carry on using it in the upcoming gaming titles as well.

In 1998, port for Contra was launched in which the Konami Code again made an appearance. By using this code, players could get access to 30 lives instead of the normal three lives provided by the game. As a result, the Konami Code was also known as the “30 Lives Code” for a while. In addition to this, certain people also called it the “Contra Code”.

The Role Played By Nintendo Power

Not many people knew about the Konami Code for a long time. However, the 1988 inaugural issue of Nintendo Power made readers aware of some classified information and how they could use the code for getting additional features and better experiences from the games.

Not All Games Generated Favorable Results

However not all games in which the Konami Code was entered generated favorable results. For example, if the code was entered in Kid Dracula a message appeared which said, “Too Bad There Is Nothing Here”.

Similarly, in Metal Gear Solid 2 when the code was entered, the snake questioned the player’s decision by asking “What Do You Think You Are Doing?”

The Konami Code was not restricted and confined only to the gaming industry. It made its appearance on several TV shows and websites as well. For example, it was presented as a joke on Family Guy and while using BuzzFeed, if players entered the Konami Code it resulted in colorful graphics. Similarly, the Konami Code is a song, and the Hollywood movie “Wreck-It Ralph” also shows it.

In addition to this, some other famous websites including ESPN and Facebook also displayed certain effects when the Konami Code was applied at the home screen. 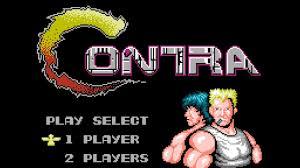 The Konami Code might have started as a mistake, but it was a pretty good one that has been carried forward through all these years by providing Easter eggs to not only gamers but also the users of many popular interfaces.