Thirty-five years ago, on February 21, 1986, the gaming universe witnessed the beginning of a revolution. The name of the revolution was The Legend of Zelda, a video game that changed 3D action games for the world forever. Right now, it is a legendary franchise comprising of 19 official games along with several spinoffs.

Developed and published by Nintendo, many of the franchise’s entries are considered the greatest video games of all time. The first game, The Legend of Zelda (1986), was designed for the classic Nintendo Entertainment System (NES). Since then, the franchise has expanded across multiple platforms and devices.

This article describes the Legend of Zelda in profound detail under the following topics.

Created by Japanese video game designers Shigeru Miyamoto and Takashi Tezuka, the Legend of Zelda is an action-adventure and role-playing game. It is categorized as a high fantasy or epic fantasy game, which refers to the epic nature of its setting and characters.

The games of The Legend of Zelda franchise are majorly developed and published by Nintendo. However, over the years, certain installments of the game have been outsourced to companies like Capcorn, Grezzo, and Vanpool.

The game’s influence has also extended into an American animated series with the same name, released in 1989. The Legend of Zelda game is set in a fantasy land called Hyrule, which is inhabited by elfin beings called Hylians.

Hyrule is a creative representation of medieval Western Europe and is the homeland of the main characters, Link and Princess Zelda.

Discovery And Exploration In Hyrule

The story revolves around Triforce, a sacred artifact forged by the three golden goddesses of Hyrule – Din, Farore, and Nayru. Triforce physically manifests as three golden triangles, representing Power, Courage, and Wisdom each. To safeguard it from evil forces like Ganon, the Triforce is preserved in an alternate world called the Golden Land or the Sacred Realm.

Most of the games are set in Hyrule, and the storyline revolves around the Triforce being sought after by the antagonists. To prevent this, the heroes Link and Princess Zelda (or her other forms) embark on quests to preserve or win the Triforce.

Across various editions of the game, we see different forms or alter-egos of Princess Zelda, popular ones being Hylia, Tetra, & Sheik. Other games are set in alternative kingdoms with their own background stories.

The Legend of Zelda games is majorly focused on action and adventure and a fair share of puzzles and exploration. The games consist of three key areas where the gameplay takes place: an interconnecting overworld, interaction areas with other characters, and the maze-like dungeons.

The dungeons are significant to the game’s progress and are navigable only by using a map and magic compass. They consist of artifacts, keys, equipment as well as treacherous enemies called Bosses.

Additionally, the games provide each player with an HP or life meter that contains hearts and determines the player’s life in the game.

Is It A Role-Playing Game?

The games also incorporate a large number of RPG (role-playing game) elements. However, whether or not it is entirely an RPG is debatable.

This is because the style of combat in Zelda games is inclined more towards hack-and-slash instead of strategy or active-time combat.

Remarkable Characters In The Legend Of Zelda

As any other action-adventure game, games in The Legend of Zelda series feature protagonists and antagonists, both equally vibrant and interesting. The key protagonist of the game is Link, a blonde, elfin creature native to Hyrule. Across the entire series, Link appears in various forms or incarnations.

The primary function of Link is to take up quests and adventure, defeat enemies through battle, and save Princess Zelda, the game’s titular head. Although Zelda’s part in the storyline is predominantly that of a damsel-in-distress, her role is more active in certain installments.

In editions like Ocarina of Time and Spirit Tracks, we see Zelda (or her disguised forms) actively leading the narrative and influencing the plot with her powers & intellect.

The series features several antagonists, the most popular one being Ganon, also known as Ganondorf.

Ganon is a demonic boar-like humanoid, and his objective is to capture Princess Zelda and overpower Hyrule. Like almost all other villains, the Triforce is what he seeks and what Link must protect at all costs.

By far, the Legend of Zelda (LoZ) game franchise has had a particularly remarkable timeline, creating history on the go. The first game, The Legend of Zelda, was released in 1986 for the Famicom Disk System in Japan. A cartridge version was subsequently released for the NES in America and Europe.

The second game, Zelda II: The Adventure of Link(1987), was released both for the Famicom Disk System and the Nintendo Entertainment System. Nintendo returned with the third game, The Legend of Zelda: A Link to the Past(1990), for the Super NES.

Further games such as Link’s Awakening, Ocarina of Time, and so on made several advancements in gameplay, weapons, character design, etc. From Famicom, the games progressed through various devices such as the Game Boy handheld, Game Boy Printer, Nintendo 64, and more.

The franchise now has 19 official games to its credit, with the latest one being released on July 16, 2021. The game is an HD Remake of the 2011 Skyward Sword and is a product of Tantalus Media and Nintendo EPD.

Compared to the 2011 game developed for the Wii, Skyward Sword HD is designed for the Nintendo Switch.

With 2021 already being a hit year for the franchise, a sequel to The Breath of the Wild will be released in 2022. Fans are expecting something refreshing from Zelda yet again.

How Much Have Zelda Games Improved Over The Years?

In the course of over thirty-five years, the one thing that Nintendo’s LoZ has stayed true to is consistent improvement. Every game takes the standard and credibility of the franchise to a different league, both internally and in comparison with other video games.

Zelda II: The Adventure of Link(1987) introduced side-scrolling as opposed to overhead perspective. In this game, Link can adapt and improve through experience (RPG) and cast spells. A Link to the Past (1991) introduced the concept of parallel worlds that stuck throughout the series.

The beginning of the release of Zelda games for non-Nintendo hardware is specifically marked by The Faces of Evil (1993). Ocarina of Time (1998) was a major milestone for 3D gaming for both The Legend of Zelda and the world in general.

Majora’s Mask(2000) introduced a significant time-based concept in which Link can relive the same three days repeatedly until he attains the game’s goals. A Link to the Past (2002) on the Game Boy Advance consisted of a special, multiplayer bonus addition: Four Swords.

The most striking improvement of Zelda Games in The Wind Waker (2002) is its unique character design, resembling fun cartoons in cel-shaded visuals. Launched on the Wii, Twilight Princess (2006) was the first game to incorporate motion controls into the game.

The Legacy Of Zelda Games

As you can see from the rest of the article, The Legend of Zelda franchise is a colossal success. From the commercial point of view, the franchise has sold over 118 million copies. It is the proud recipient of hundreds of awards and accolades.

Some games have received a 40/40 score from the Japanese Famitsu magazine. Ocarina of Time has been mentioned in the Guinness World Records, while A Link to the Past is the Electronic Gaming Monthly Gold Award winner. Twilight Princess has been a constant Game of the Year winner from X-Play, GameSpy, IGN, amongst other websites.

The game has also received massive appreciation, both from game critics and the public in general. Moguls of the gaming industry, such as creators and directors of GTA, Legacy of Kein, Soul Reaver, Time of Lore, amongst others, regard The Legend of Zelda as a chief influence.

Zelda Games have long been heralded as game changers of the gaming industry. This is because of the insane number of innovations that they have introduced. One of the most important is Z-targeting, or the character’s ability to seamlessly interact with its 3D environment by pressing the Z button.

Next up is the perfect camera system integration into the game, first introduced in Ocarina of Time. This greatly improved the character’s perspective of the action in the game. Also, context-sensitive controls helped interact with the several different elements of the game easily.

Zelda games introduced a non-linear style, which meant that the character could make its own choices or decisions in the game. This non-linear feature made exploration in action and adventure-based games even more fun and exciting.

The Zelda games have consistently pushed boundaries, technical or otherwise. As highlighted at multiple places in the article, each Zelda game is an improvement, not only upon its predecessors but also its contemporaries.

Also, in addition to commercial success, the games have created a universal impact on the gaming world. Spanning hardware, features, and game styles, The Legend of Zelda will truly be a legend for ages to come. 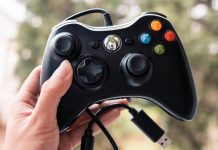 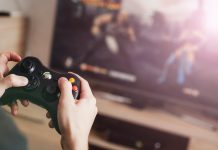 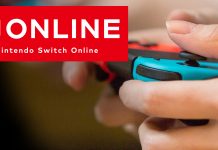 Online Gaming Sites and Subscriptions That Are Actually Worth the Money