Eve Online is a free-to-play community-driven spaceship game where players are provided a wide variety of options that make the overall gameplay experience highly enthralling and entertaining.

The ever-expanding universe of the game allows players to experience PVE and PVP battles while managing the game economy during the space exploration missions.

Eve Online features more than 350 ships that players can choose from. Besides this, more than 7800-star systems exist in the game which makes it a one of a kind overall experience as no other space game offers this level of advancement and attention to detail. 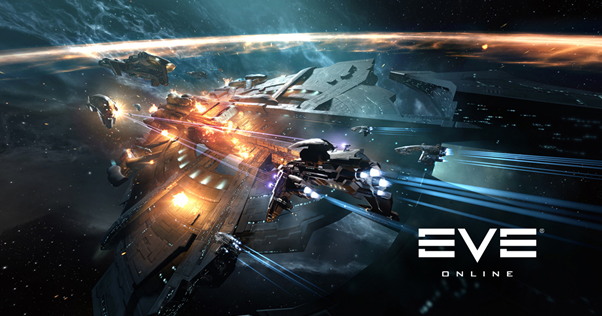 How to Play the Game

EVE Online begins by providing players with the option of creating characters according to their requirements and likings. A wide variety of options are provided to players that enable them to get a character that exactly fits their preferences.

As evident from the screenshot below, players can choose the eyes, hair, headwear, and clothes of the characters. The ability to make these many changes to their character makes the experience highly captivating.

However, it needs to be mentioned here that none of these options are permanent and players can later change these features even after they have made progress in the gameplay.

Aura: the Onboard AI Assistant

Thanks to Aura the onboard AI assistant there is very little that can go wrong in the game. Aura keeps guiding players throughout the journey and by following these sets of instructions, players can breeze through the game levels and make swift progress.

Assistance from Aura comes especially handy during the initial levels of the game when it takes players through the interface of the game and a few basic concepts.

How to Control the Ship

Instead of allowing players to control the ship as a pilot, Eve Online takes a unique approach where players act as the commander of the ship.

As such, they are in charge of the various actions that need to be performed for not only maneuvering the ship through the vast universe but also engaging with enemies and tackling the obstacles that keep emerging from time to time.

This translates to an experience where instead of simply aiming and targeting the enemies, players are required to undergo accurate positioning and power management of the ship to keep it going.

How Experience Is Gained in the Gameplay

Players gain experience in real-time so whether or not they are logged into the game they keep earning experience. This experience is utilized in gaining specific skills in the game which assist gamers in making further gameplay easier and more manageable.

The Concept of Death in the Game

Players will have to brace the fact that their characters can be killed even in this advanced world of Eve Online. Instead of being daunting by the concept of death, players have to train themselves so they can avoid not only being killed themselves but also know how to protect their ships and allies.

However, death in the game is not permanent and the characters respawn with time so players can continue to enjoy the great experience provided by Eve Online.

With a wide variety of available options and the ability to explore regions where no man has ever been before, players are likely to feel the overall experience highly entertaining and engaging. We hope our insight and tips were helpful for you!