We all love our first-person shooter games. From Call of Duty to N.O.V.A, there are a ton of action and adventure these games bring. This blog post talks about a particularly interesting RPG game, The Sun Origin.

There are lots of things to share about this game. From the quests to conquer, to its applauded plot and storyline, all the way to how to get money, there is something to talk about.

Read on to learn everything you need to know about The Sun Origin game.

About The Sun Origin

The Sun Origin is a game developed for both mobile users of Android and iOS users. It features a post-apocalyptic world where the earth takes a different turn, and your character has to endure what comes at him.

It includes various main quests and optional side missions, giving you the freedom to explore the open world. And although this is a scary new world, you are given an arsenal of weapons to protect yourself with which are upgradable as well.

While there are lots of things to do in this apocalyptic world, staying alive being a major part, following the quests is the key to an awesome experience.

The game was developed by AGaming+ and was released in October 2017. AGaming+ has been releasing games since 2012 and have over 30 games available for download. They are based in Kiev, Ukraine, and all of their games have over 1 million downloads.

This is a huge feature of the game. It gives players the ability to explore a vast wasteland trying to survive and complete quests.

There is just so much to see, and reviews from players even consider the game too advanced for a mobile phone.

Navigate around the game’s world as you mix survival and savior instincts through your character.

Plot and Storyline of The Sun Origin

The story has an unusual reason for the fall of the earth. In the game, scientists warned of an impending solar event, but few heeded their claims. In the year 2050, the sun unleashed deadly beams of energy, destroying everything on the surface of the earth and leaving entrails of radioactive, deadly, carcinogenic particles everywhere.

Only a few people who listened to the scientists were able to hide in shelters and survive. Those who did not survive were either killed immediately or mutated. Then the survivors ended up colonizing areas with limited resources.

This is where your character, Raven, emerges over a hundred years later. He is a descendent of the few survivors of the solar flare. A savior to help his people from the turmoil while trying to survive himself.

As mentioned earlier, the game is a vast open wasteland. There are numerous quests to unravel and worlds to explore topped with optional side quests to get quick bonuses.

There are different weapons and armor to protect you in this post-apocalyptic world. You are also allowed to upgrade weapons and armor creating the best protection from your bed of enemies. Again, that is if hunger, thirst, and the carcinogenic fog do not get to you first.

You have to complete tasks and gather supplies to help the community of North-216 to survive. Radiation drains health, mutated creatures are aggressive, and bandits are fierce. Upgrading the gear and weapons goes a long way in helping with the struggles.

You do not need a degree or six-month training to learn how to play this game. The controls are pretty easy to navigate and figure out. Ideally, if you have played any first-person shooter game, you can play The Sun Origin as well.

For the benefit of the doubt, movements are through the use of analog, making it easy to drag any part of the side of your screen to move. There are buttons for weapons to use, zoom, grenades, and others at the right side of the screen, which increases as you progress.

Weapon change is at the top, and you have to be conscious of toxicity levels in the area you have as radiations drain your health bar fast. The game also wows us with its amazing realism, bringing to life eerily realistic post-apocalyptic scenes throughout its world and during its war.

The storyline is as realistic as the graphics with the whole narrative being beautifully written and perfectly crafted. It tells a story and creates an aftermath that gives players the power to see how great role-playing games and FPS can be.

To download The Sun Origin, just like any mobile app or game on mobile, you just have to go to the digital app stores. This varies for the operating system for the type of mobile phone you use. For Android users that means the Google Play Store and for iOS users, the App Store.

Android users can find the game by searching ‘The Sun Origin: Post-apocalyptic action shooter’ in the Google Play Store. Then, clicking ‘Install’ to download to your device. The app has a cost of $0.99 to download, and it also contains in-app purchases.

Apple device users can find the app under the title ‘The Sun: Origin’ on the Apple App Store. Click ‘Get’ to download. The price to download is $0.99. You may also need to confirm permission of the app’s in-app purchase function.

The developers of the game boast of increased difficulty, coupled with the intense graphics and storyline. It is even teased to be complained about a lot, due to how players find it hard to pass levels.

On the Google Play Store, a note from the developers warns players “Dear players! This game is very difficult! If you want to have a rest playing The Sun Origin… you’d better find another game for pleasant pastime. But if you still decide to try, don’t complain in the comments that you die of radiation, poisoning, thirst and hunger! And don’t say that nobody warned you!”

If you have played such games before, you might have an edge, if not, do not fret either. Every game no matter how “difficult” it may seem can be played.

Following the rules of the game, upgrading weapons and armor, and completing a quest is the objective of the game, no matter how long it may take. Take it slow, if you will, and do not break your phone screen with frustration!

Money is so important in the game as you need it to buy weapons and gear and to upgrade them as well. It is funny how money still holds its importance even in this distorted world.

Regardless, getting money is a priority, and completing quests and side missions is a great way to get them. But you need money to be able to complete these missions. A tip is to replay simpler levels and quests and save enough money to buy stronger gear, or to upgrade the gear you have.

That will help you get stronger and defeat harder levels, making you stronger and helping you to earn more money.

Tips for Success in The Sun Origin

Two tips would be shared under this section. The first is to get as powerful as you possibly can by upgrading your gear frequently. This would make the particular quest to play easier, and you can replay it to earn more money.

The second tip is to stay alive. Sounds cliché, but doing so would involve doing much more than just getting enough money for upgrades and gear. You have to feel the game and become better by improving your gaming skills and lasting longer in the game.

That way, not only do you come to understand the game more, you get to enjoy it more.

There is no subscription cost to play the game outside of the price to download it from the app stores. It is free to play, though in-app purchases may become necessary in the game.

The in-app purchases range from $0.99 – $21.99 per item, and could allow for a better experience or more enhanced gameplay after purchasing.

The Sun: Origin is one of those games that should be talked about. It was marvelously written, has wonderful graphics, and has vast wastelands with lots of different quests to explore.

If you are a fan of the post-apocalyptic genre and want to explore endlessly around a strange new world, then The Sun Origin will definitely satisfy your curiosity. 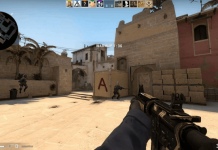 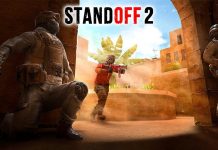 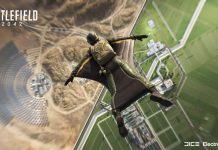