If you want to play a quick game that infuses platformer gameplay with a little bit of brain-teasing math, Ball Run 2048 is the game for you.

Developed by KAYAC, Ball Run 2048 is a fun, action-packed puzzle game where you can relax and play the game without having to worry about any overly crazy mechanics. Simply guide the ball along the path to the end while also merging the numbers along the way.

Check out our guide below to find out about the game, how to play, where to download it, and more.

For the most part, playing Ball Run 2048 is very simple. All players need to do is take a numbered ball from the start of each level to the end while earning points by merging different numbered balls.

What makes Ball Run 2048 more exciting is how the game lets the players take control of how they want to move the ball forward. Whether they want to merge a ball in front of them or absorb a ball to earn more points immediately depends on the player.

To play the game, simply tap or swipe left and right and the ball will move towards the location. It will continue to move forward until you reach the end where it will tally the score you have.

Players should play to beat their previous score or simply reach the highest possible score which is 2048 points.

Playing Ball Run 2048 is fun but can sometimes be very challenging for those who are not fond of numbers. It is a good game to introduce to kids who want to practice the skill of adding and subtracting numbers.

Apart from learning mathematics in a fun way, the mobile game also helps players develop critical thinking skills through the need to examine different situations to take advantage of.

If you want your kid to be well-versed with simple math and have the ability to properly assess a certain situation, download Ball Run 2048 and enjoy the game.

The entire goal when playing the game is to match your ball with another ball that has the same number. Doing so will increase its value depending on the number assigned to the ball.

The more you match your ball, the higher your score gets. At the very end of each level, you’ll also get the chance to further increase the points you get by running through a course that exponentially multiplies the score that you have gathered from matching balls.

Whatever you do, keep matching your ball until you reach the highest point value possible.

Avoid Obstacles as Much as You Can

Ball Run 2048 wouldn’t be a challenging mobile game without any obstacles. The game infuses a little challenge for players utilizing spikes and platforms. Spikes are laid all over the path towards your goal.

Players who carelessly run their ball over the spike will have the current number downgraded or subtracted.

Another obstacle that you need to avoid is falling off the platform. In many levels of the game, you will need to deal with both so try to avoid as many obstacles as you can.

Combine Balls in Front of You

One underrated mechanic in the game that many players don’t realize is combining balls that are not yours.

For example, if you see two 32 balls in front of you, you can hit one so they merge to create a 64 ball and then you can absorb the 64 ball to make a 128 ball which exponentially increases the value of your ball.

This might take a little bit of math on your path but when you’re used to playing the game, you won’t need to think about solving math problems all the time.

If the math is too hard, simply try to merge as many balls in front of you as possible and see which ones you can absorb. If it merges with your ball, great. If not, you can always move on to the next ball that you can absorb.

Apart from combining numbered balls to help you gain more points, another aspect of merging balls is to help you cross the many different obstacles in the game. More and more obstacles are introduced as you play through each level.

There will be areas where you need to have a bigger ball to cross platforms with rails. Before you get to that area, you will need to gather and merge as many balls as possible to increase the overall size.

Having the right size will help your ball get across the platform by sliding onto the rails. If you have a smaller ball, it will simply slip off and fall. Then, you’ll have to restart the level again.

Always Look at What’s Ahead

Speaking of looking in front of you, players will need to look further down the road to see what’s ahead. You will need to be able to spot the next possible ball that you can merge with to gain more points in the game.

Looking ahead will give you an idea of what path to take towards that ball and your goal. Most of the time, the path is riddled with traps and spikes so looking ahead will enable you to avoid going down that route.

You should always know what you are going to do before you move your ball in any certain direction. It may seem quite easy to look at what’s ahead of you but you still need to think quickly if you want to earn a better score.

It’s Okay to Lose Some Points

Many new players might think that getting points all the time is the key to getting the highest score possible. However, that is not always the case for each level. There will be times when you’re forced to downgrade to get more points in the game rather than to dodging the spikes.

If you think that losing some points will help you gain more points later on, go ahead. It’s okay to lose some points by going through the spikes but make sure that you get the next possible ball to increase your points again.

One of the coolest features in Ball Run 2048 is the vibrate feature. Every time you merge different balls, your mobile device will vibrate.

Since your eyes will be hyper-focused on certain parts of the screen, you might not notice every ball you merge. Therefore, the vibration feature lets you know that you’re doing a good job.

The game even encourages you to enable the settings so you’ll gain momentum when you play.

Put on Your Earphones

Speaking of momentum, try to play the game with your headset or earphones on. You’ll be able to listen to the sound effects better which will give you hints about the game.

Whenever you merge a ball, the game plays a distinct sound effect that will let you know that you can absorb that ball so you can increase your points.

Go ahead and enjoy the soundtrack of the game and try out those earphones.

Getting to the End

Getting to the end is the ultimate goal of playing the game. No matter how many points you’ve garnered along the way, reaching the end of each level is the key to moving to the next one.

It’s okay if you only get a few points early in the game. You’re better off learning how the game works. Soon, you” understand how the game is played and develop your strategy to get more points.

The essential part is to learn how to get to the end first. Later, you can deal with how you will earn more points.

Don’t Be Afraid to Start All Over

While the main reason you’re playing the game is to get to the end and earn the highest score possible, it won’t be an easy thing to accomplish. As mentioned before, traps and obstacles will it challenging and some players will find it difficult to get to the end.

It’s okay if you’re not the best player in just a matter of minutes. You’re expected to fail a lot before you master the game.

The game is designed to be challenging in the early stages so you’ll have plenty of time to learn. If you fall from the platform, just start over.

Ball Run 2048 blends fun and exciting gameplay with a little bit of mathematics thrown into the game. It’s a great mobile game to introduce to kids to encourage them to work with numbers.

Ball Run 2048 is now available on Android and iOS devices through the Google Play Store and the App Store. 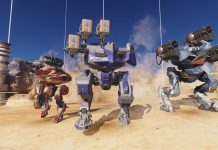 War Robots – Discover How to Get Coins