Packed with lots of amazing cosmetic items, Fortnite lets players look their best while battling for victory. While Fornite developers claim these skins and items have zero effect on a character’s performance, looking awesome has always been a major reason why players enjoy this popular game.

Brought to you in this blog post are cosmetic bundles worthy of having in Fortnite. These packs come with sweetened deals, as purchasing them together saves costs on individual purchases. Here are the top ten cosmetic packs you should consider to crank your Fornite experience up a notch.

Battle Hound’s redesigned armor also features flames burning through his headgear along with the molten lava armor. Other items in this bundle include the glider with the amazing Lavawing dragon and two back bling, which are a crested cape and a set of wings.

The combined items in the pack give Valkyrie and Battle Hound a powerful heated look, no doubt. The dragon glider is particularly famous as it carries the mentioned characters into the battlefield in style, burning flames and clearing the way for the players.

While looking hot may be cool, icy-themed cosmetics are even cooler. The featured characters are Raven, Red Knight, and Love Ranger. The pack is one of a kind as it provides access to these rare characters that are not readily available in store.

With the character skins, come individual back bling for further customization. For Raven’s outfit, there is the Frozen Iron Cage back bling; the Red Knight outfit comes with its Frozen Red Shield back bling. The Frozen Love Ranger Outfit also has his Frozen Love Wings back bling.

The Blade has always looked fly in his all-dark, action-themed, badass outfit. The Blade bundle was released on September 25th, 2020, and is part of the Marvel series bundle in the game. This bundle is purchased with the use of V-Bucks rather than cash.

The cosmetic skin comes in two variants. The first is the regular Blade outfit; the other is the outfit with a full black leather jacket worn on it.

This bundle makes players excited for two reasons. The first is that a lot of the essence of Johnny Blaze was captured perfectly, and the other is that you get a fantastic offer (more than 50% off) when you purchase the bundle.

The cost of buying each item available in the pack sums up to 5,700 V-Bucks, but instead, you pay only 2,600 V-Bucks for the whole bundle. The first item in the bundle is the complete outfit of Ghostrider and the second item is his infernal ride.

The other three items in this bundle are; a dual-wielded harvesting tool, back bling of flamy chain, and a ghost rider wrap. The Ghost Rider bundle is part of the Marvel-themed season bundles released towards the end of 2020.

Strong characters like BenjyFishy bring delight when we see that we can make the character look even better. This theme pack brings all the action together at another surprisingly discounted price of over 50% saved when purchasing items individually.

The first item is that no-nonsense look we get from the Siren amazing costume. Then, there is the back bling called the last kiss and her harvesting tool, the start wand. There is also the Lotus star wrap to replace the texture of her weapons while playing.

The last item of this bundle is the coral cruiser glider, and its name already describes how it looks – a cruiser in the form of a coral.

The Batman Caped Crusader pack brings two bold outfits, each of which has different back blings of our favorite hero, Batman. The back blings for each outfit represent the cape in the comic book outfit and the cloak in the Dark Knight movie outfit.

The first outfit is a plain blue-black hero suit with his tool belt – the earliest look we saw of Batman in the comic books. On the other hand, the second outfit is a more sophisticated look from the Dark Knight movie.

The pack also comes with the Batwing glider and the Batman Pickaxe. This pack is part of the limited releases in Fortnite: Battle Royale and became available in September 2019.

Where there is Batman, the Joker is not far off, isn’t he? The Joker is known to be a stylish character, and, in this bundle, the class and style apply to two other characters, Poison Ivy and Midas Rex as well.

In this bundle, you get three outfits for each of these characters. The Joker also gets his Laugh Riot back bling, his Bad Joke pickaxe, and the Pick a Card contrail. Poison Ivy and Midas Rex get their respective back bling and pickaxes too.

What’s more, is that this bundle finishes it off by giving purchasers a 1,000 V-Bucks as a little parting gift. This bundle also so happens to be the first bundle released for the PlayStation 5.

This bundle features Travis Scott and is part of the icon series bundle in Battle Royale. This bundle was added in April 2020, after Travis debuted his overwhelming music in the Astronomical Experience event.

The bundle boasts of two outfits, the Travis Scott outfit and the Astro Jack outfit. There are also two back blings for these characters. The Cactus Jack is the back bling for Travis, and similarly, the Astroworld is for Astro Jack.

The Double Agent bundle might be the coolest cosmetic on this list due to the dashing outfits given to the three characters in it. This bundle is also where you get two variants of the characters available.

The characters in the bundle are Hush, Chaos, and Wildcard. As mentioned, you get a black and a white skin fitting which explains the Double Agent name to it. Each character also has a back bling for both outfits, totaling six back blings in one pack.

Lastly, you get a pickaxe for each of these characters. The pickaxe is a bonus to this pack and does not come in the white color, but the shadow (black) colors only.

Ending this list are cosmetics for powerful characters in Fortnite. The bundle features Arachne, Insight, and the formidable Shogun.

The pack brings wonderful skins for each of these characters and their respective back blings. Arachne gets her Long Legs back bling, Insight gets the Sight Sling back bling, and Shogun also gets the Bladed Wings back bling where he stacks his dual blades.

This pack is an epic bundle in Battle Royale. It was released in September 2020.

How To Acquire These Fortnite Cosmetic Bundles

The top ten cosmetic packs have been listed without the important information of where to purchase them. These bundles can be purchased at game stores, and it is important to know where to look.

There is a slight variation to where each bundle can be purchased. The bundles with the price tag of V-Bucks can be purchased in the items store. At the same time, the other bundles that can be bought with cash can only be found in the cash store.

The packs listed that can be purchased with V-Bucks form part of the rarest cosmetic items available due to the cost of V-Bucks you spend to obtain them. Sometimes, the items cannot be found elsewhere – showing how rated these items on the top list are.

These are our top ten cosmetic packs that are worthy of mentioning. While some of these bundles are time-limited, the lucky few who were able to get the items at the time know how cool it made their characters. Luckily, these limited items would drop again, so you should remain vigilant and check the shops daily as cosmetic packs and items are shuffled regularly.

Purchasing the bundles is also easy. You need to have enough V-Bucks while playing the game (1,000 V-Bucks can be purchased for $9.99) or dollars to spare. The bundles are also purchased in either the cash store or items store. 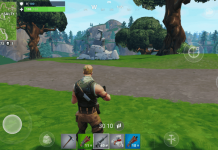