Infinite Lagrange is a space simulation game where you go on a mission to start a colony in outer space.

Establish your base, gather resources, play with other players, build long-lasting relationships or battle it out with one another. The decision is yours to make and it will affect the rest of the game as well.

If this is interesting to you, chances are, you are a fan of these types of games. Here are some useful tips including how to build your base, how to get ships in Infinite Lagrange, and more that will help you gain more advantages in the game.

After you are done with the tutorial, you will be immediately teleported to an open area where you will start the game. This is mostly a general position within space that many other new players are also starting.

This is the best time to build your base. Your base will be divided into different sections. One of which is Base Defense where you need to set up protection against enemy ships.

Resource Management is where all of the resources that you have gathered are stored.

Ship Production and Ship Management is where you get to manufacture ships and dock them before you send them out for an operation.

The main gameplay aspect of Infinite Lagrange is through the use of operations.

Operations are commands in the game that are used to complete different tasks such as gathering resources, transporting items throughout your base, communicating with your Union, and many other functions.

To issue a new operation, tap on ‘Create Operation’ found at the lower part of the screen. Tap your desired order and you will need to choose a specific fleet of ships to perform the task. Confirm your order and your ships will begin the operation. The fleet will depart your base to complete the order.

Rush to Zone 4 as Fast as Possible

One of the most crucial parts of the game is when you unlock Zone 4. Zone 4 is a significant part of the early game where it also unlocks many different aspects of the game.

You start to see a lot of improvements to your base and you also begin to upgrade your ships by the time you hit Zone 4. Zone 4 is one of the main requirements to continue building your base.

Unlocking Zone 4 also unlocks many other zones that contain significant upgrades in the game.

When you begin expanding to different zones, you should continue gathering all the resources even if they are not required by another zone.

Most of these resources are still needed in other districts such as the Industrial Districts in many other previous zones. Continue gathering all the resources and it will help boost your economy.

Go back to previous zones and upgrade districts using the resources that you have gathered.

Join a Union at the Start of the Game

Things can get pretty wild in Infinite Lagrange. Enemy ships will come knocking on your doorstep the moment they discover your base.

Seek out a Union immediately once you launch the game. Find an active Union that will help protect your base. And while you do spawn with a shield that will protect your city, it will only last for several days.

It will also only protect your city and not the ships that you send out to gather resources. A Union will help protect your fleet once it is out there in the open.

Don’t Be Afraid to Hit Back

Many players are often too busy to check on their utility ships. Since most of them are automated to gather resources, they are usually left alone.

Enemy ships can take down your utility ships and stop you from gaining any resources. If you do notice this happening in real-time, don’t be afraid to hit back.

This will signal to the other player that you are an active player in the game and you want to be left alone. Most of the time, these players would often respect you as you are still starting.

Building Ships for Your Fleet

Once you have established your base, it is time that you start building ships for your fleet. You get to start with 3 FG300 frigates. You can build more types of ships once you unlock more levels in the game.

There are a lot of different ships that can be built. Utility ships are mainly used to gather resources while military ships are used for protecting your other ships or your base.

Each type of ship can be upgraded to further improve the stats. Upgrading ships use Technology points. You can deploy these ships into missions to gather experience which helps them gain more level.

This will help reduce the damage they take making them an effective tank during battle. It is best that once you upgrade their armor, you place them in the frontlines to protect your other ships followed by the multi-role ships that deal damage to the enemy fleet.

Get Utility Ships Out as Fast as Possible

As mentioned before, utility ships are rarely the main focus in the game. They are often automated to gather resources and rarely do you find players putting that much emphasis on these ships. However, they are far more important than what you think.

A great recommendation when it comes to keeping up with the demands of your base is to get utility ships out as fast as possible. Manufacture utility ships first and make sure that you have enough of them running safely in the background.

Check on them from time to time and see if you haven’t lost one from enemy fleets. The longer they are out there mining, the more income, and resources you get.

This will, later on, add more to the production of other ships and the improvement of your entire fleet and base.

Once you hit Zone 4, you will gain access to other skills. One of which is the Outpost Command Center. Make sure that you prioritize unlocking this center first.

The Outpost Command Center will teleport your base to a new location preferably within the safety confines of your Union.

Ensure the safety of your base and unlock it immediately once you have access to this.

Use Proxima Coins to Start an Investment

There are three main currencies used in the game apart from the resources that you gather. One of the most important currencies is Proxima Coins.

They are mostly used on in-app purchases that will help you further your game. However, they are also hard to come by. One great feature in the game that you can take advantage of is the Dawn Financial Plan.

In this feature, you can invest a good amount of Proxima Coins that you have gathered in exchange for better returns. This can even prove to be a good Proxima Coins income for you.

You can purchase either the 600 or 1,000 plan and each of them have their own set of significant returns.

Speaking of Proxima Coins, they are very rare in this game and if you want to have them for free, you will need to exert more effort in playing the game. One good way to earn more Proxima Coins is through completing different daily tasks.

Each of these tasks will reward you with points in Activeness. Most of the tasks involve building ships, upgrading them, using different resources, attacking or dealing damage to enemy ships, and even more activities.

The more Activeness points you get, the more you level up and gather even more Proxima Coins through the reward system. Use these Proxima Coins to start investing later on.

Infinite Lagrange is a fantastic space fantasy strategy game that incorporates heavy sci-fi elements. There is still a lot to cover with regards to the strategic aspect of the game and how heavily it relies on your connection with your Union.

But for now, these are the tips that will help you achieve success in the game and get you to build more ships for your fleet. The game is available to download at the Google Play Store for Android devices and the App Store for iOS devices. 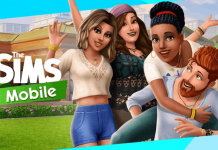 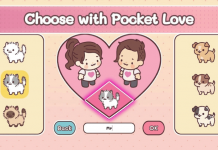 Pocket Love – See How to Get Coins 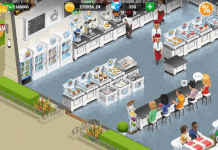 My Café – See How to Get Diamonds